The Temple is Crumbling: The Corruption of the Armenian Apostolic Church 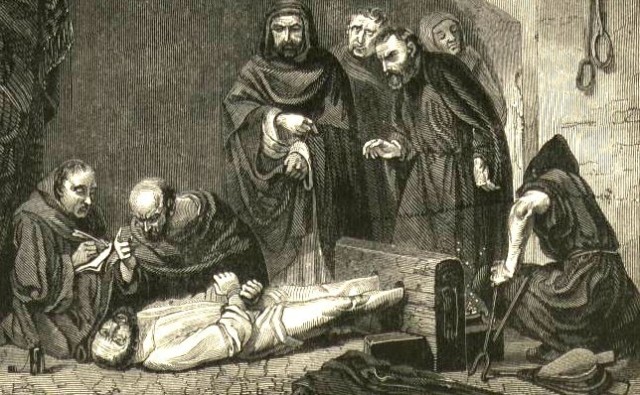 Discussion at the Toronto Colloquium

Today, the foundations of this ancient temple appear to be crumbling, as testified by two Armenian clergymen at an event organized by the Armenian Renaissance Toronto Chapter at the Westin Prince Hotel on December 1, 2016.  Some 100 community members turned up to listen to guest-speakers Reverend Armen Melkonian from Belgium and Reverend Mardiros Berberian (via Skype) from Moscow.

Both priests have been alienated and effectively excommunicated by the Church hierarchy in Etchmiadzin but continue to preach in their communities unofficially. In both instances, the respective parishes have decided to forego the authoritarian ultimatums of the Mother See in Etchmiadzin, opting rather to support their local priests.

At the discussion, both priests made it clear that this narrative is not about them personally, and that they are not critical of the Church as an institution. Rather, their expression of concern relates to its governance in light of ample evidence of an inability to accept feedback and implement reform. This represents the beginnings of a dangerous trajectory. While for centuries the primary clergy and head of the church were elected by the church’s Supreme Synod, the Catholicos today has instead chosen for the first time to appoint current ruling clerics, who are thus no longer accountable to the people they are designated to serve.

The speakers presented facts and arguments attesting to the Armenian Church’s authoritarian dogma, refusal to reform, and general growing irrelevance to the needs of its communities in the 21st century. Worse, in the specific case of our Mother See, the Holy Church of Etchmiadzin, there are troubling examples pointing to the idea that the Church has become a puppet for corrupt Armenian politicians and oligarchs. What was most worrying for both clergymen is that the Church appears to be losing its moral, spiritual, and cultural compass, which has to date been a symbol of pride for Armenians, who find deep meaning in their nation as the oldest to accept Christianity as a state religion in 301 A.D., to be followed by Emperor Constantine of Rome only in 304 A.D.

Examples of corruption and dogmatism of the church hierarchy provided by Rev. Melkonian and Rev. Berberian were numerous. The Armenian communities throughout diaspora are beginning to hear of these authoritarian, opaque, corrupt, and/or undemocratic decisions taken by the Church hierarchy. However, key issues and emerging problems are still relegated to the realm of whispers, behind closed doors. The reason for this is that to date, the church is indeed considered a national institution, and above all, a holy one; problems such as these are not to be discussed in public.

It appears that decades of such behavior and governance, and a large body of evidence attesting to a complete unwillingness for reform from within, are bringing the Armenian church today to a point of no return. Communities in countries like France and Switzerland, who have experienced the dark side of this behavior, remain completely broken with hundreds if not thousands of disillusioned Armenians turning away from the Mother See.

Below are some of the specific problems cited by the speakers:

The audience in Toronto was clearly uncomfortable discussing these taboo issues. After listening to the speakers, some raised concerns and asked questions. Yet few had clear or coherent recommendations or solutions to help move the Church and our communities forward. Rev. Melkonian presented four recommendations:

It was not difficult at the Toronto convening to detect the frustration, disappointment and disillusionment of the Reverends Melkonian and Berberian. At the colloquium, both men were appealing to the Church and its citizenry to act before it is too late. It was indeed a “cri du coeur” of sorts, which begs the question: who, if anyone, is listening? Are our Armenian communities who have fought so hard to exist (particularly since the Genocide) ready to stand up against our centuries-old Church, the one institution we have held above all others? It would seem the first step would be to acknowledge that our beloved Church has become entangled in corruption and abuse, and that the time for action is now.

Several of the examples cited by Rev. Melkonian were ones that many of us could in all likelihood attest to on a personal level. Most Armenians today would agree that the Armenian Apostolic Church has become a relic; quite irrelevant, and lacking in religious essence and guidance. Our Churches throughout the world in all their glorious architecture sit largely empty with the exception of high holidays; their calling to spiritually ‘uplift’ our Christian communities on a consistent basis appears to have fallen flat. Our youth—the millennials and even baby-boomers—have left the church in droves and gone elsewhere for spiritual guidance and sustenance. The infiltration of cult religions (particularly in Armenia) that have gained popularity is a testament to the vacuum created by the complacency of the Armenian Church. Local priests have become relegated to acting as nothing more than shopkeepers, opening their church doors for a 3-hour service on Sundays and keeping them closed for the rest of the time. There is no accommodation for early, late or shorter services; no willingness to adapt the language or format for better access to those who would seek it.

Today, I only go to church to hear the Gregorian liturgy because of its innate beauty and uplifting qualities. There is little more most of us can learn from or glean out of services administered by well-meaning priests whose own spiritual leadership is failing them so spectacularly. What happens in the coming decades when our children opt to listen to the best sharagans from around the world on the Internet? Who will fill our churches and follow the word of Christ as we have learned it? That some priests are corrupt in the Armenian Church is not a big debate. The real challenge today is to see citizens—like you and me—come forward to expose these abuses and hold the Church accountable to the people they serve.

Let’s start the Church reform conversation and have those priests and informed citizens who have the courage to speak out lead the way. The time is now.

Annie Demirjian was an executive with the federal government in Canada and served at the United Nations for 14 years as head of the Democratic Governance and Director of Political Affairs. She is presently the Director of Glendon School of Public & International Affairs, York University.