Is Armenia Becoming a Failed State? 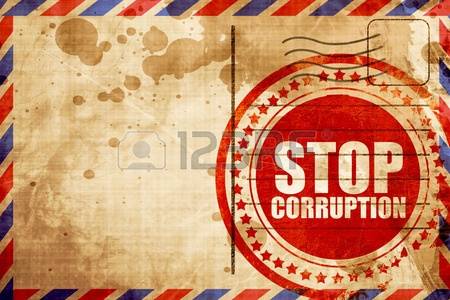 It is quite shocking to see the pictures of handcuffed peaceful demonstrators in the streets of Yerevan but for a Canadian it was doubly shocking for me to see the pictures of the Canadian actress Arsinee Khanjian handcuffed and taken away at a Yerevan public square. Twenty some years after the fall of the Soviet Union,  we hoped that gradually, the country will move more toward democratic system and respect for rule of law, moving away from outdated autocratic regime. Well, looking at these pictures that went around the world, it looks like Armenia is moving backward and not forward.

In 2009-2013, I worked in Armenia when I was heading the Democratic Governance portfolio for UNDP’s regional center. Like other post-soviet countries in the region, Armenia was struggling from many social, political and economic malaise. Agreed that the country is in a hostile neighborhood (and Syria, Chechnya conflicts are not that far away from their borders), but the home-grown problems of the country was astounding.  It was blatantly evident that the country had all sorts of corruption problems: oligarchyism imported from Russia, political cronyism, weak judicial system, poor human rights record, most specifically vis-a-vis women, elderly, children, and extremely weak and ineffective public institutions and administration at all levels—national regional and local. The list goes on….. In addition, there is a macho-machismo culture so outdated almost caricaturist, like the attitude of the country towards LGBT community.

But there were also many positive developments in the country. Armenia continued to have one of the most active, well organized civil society – from media, to NGOs, to women’s groups to community based organizations. In the absence of official, institutional checks and balances in the country, the media and the civil society organizations play the oversight role and are holding the government accountable – hence we see the daily demonstrations against the governing elite, clamoring for police, social and economic reform. But the Armenian civil societies alone cannot act as an oversight instrument and drive the reform agenda. These checks and balances have to be established and implemented from within and for that to happen the government has to have the serious political will to establish transparent and accountable governance system and institutions that can implement reform.

Last 20 years, many multilateral institutions have come to Armenia’s assistance to help establish decent, functioning and professional institutions and systems. Among them were EU, OSCE, WB, UN/UNDP and many others. Some of these international institutions paid lip service to Armenia’s public sector reform, others provided skeleton support that was meaningless, yet others tried and later gave up due to the absence of the political will to truly exert reform.  In my dealings with senior officials I worked with well meaning officials who were committed to reform. On one occasion, after several false starts I worked with the office of the president to establish an anti-corruption mechanism and process based on the UN convention against corruption.

These young officials, who wanted to push for anti-corruption reform were political appointees  but with limited institutional or public management experience. And yet, there was a disconnect between the political appointees and the old guard, the soviet era bureaucrats with management experience, but the two simply did not talk the same language and there was no system, process, communications to bridge the old and the new guard to get the reforms going.  In many ways, the Armenian experience reminded me of Libya in 2011 after the fall of Gaddafi. In Libya, I met many senior officials who were eager to establish a new Libya, a new system of governing the country. But alas, the country soon realized that there were no national or local institutions that could build the new Libya, and the country has since fallen to a failed state status.

This absence of effective institutions—credible and independent judiciary, accountable police force, competent parliament, responsible executive—is a challenge to many authoritarian regimes that are struggling to transit to a more democratic and accountable system. Armenia has an advantage. The country has a huge competent and capable human capital to drive the governance reform agenda. This is evident in the high-tech, education, CSO, media and other areas. Some world-class partnerships have been established to make the country a hub for innovation and high-tech. The small-and medium size entrepreneurship could be on the rise, if only the government/oligarchs would give them a break.  But the country’s disrespect for the rule of law, inability to reform the criminal justice system (making the police more professional) that is breaking the Armenia’s back and driving the society backwards.

To push forward for institutional reform and to install good governance principles the Armenian Government has to commit to work with the national institutions (with committed leaders and managers), CSOs, media and drive the reform agenda. International institutions can help but at the end if Armenia wants to avoid to be seen around the world as yet another authoritarian and hopelessly corrupt failed state, with thuggish police harassing the peaceful demonstrators, they need to start the internal reform process and start it fast.

The demonstrators are demanding very basic services that the government refuses to provide: affordable electricity for all! A recent research by Policy Forum Armenia stated that “certain categories of clients largely connected to the political elite have over the years not paid for their electricity bill”.  It also highlight the government’s irresponsible pricing policy that keeps electricity prices intentionally high for the average consumer while turning a blind eye to those elite users who refuse to pay their bills.

This is absolutely outrageous as it underlines the gross inequality in the country that citizens continue to endure. Indeed, when walking in the streets of Yerevan one cannot help but notice the poor conditions of housing in certain parts of the city next to colossal, in-your-face new housing structures of the rich, usually in vulgar architectural design and taste.

The Author of “Why Nations Fail: Origins of Power, Prosperity, and Poverty”—a must read for students of economics—Daron Acemoglu, in his endorsement of PFA’s report on “Corruption in Armenia” states,

“Some say that Armenia is doomed to fail economically because of its geography or location in the world. But like so many other countries around the world and throughout history, its failure is due to corruption, unscrupulous politicians and weak institutions. It’s not lack of opportunities but squandered opportunities that are at the root of Armenia’s ills, and it can make progress only by confronting this fact and holding accountable those responsible for the failures.”

This is a sign of a country going downhill – see Venezuela, Iraq, Syria, Libya…..

The young generation will not wait while the old guard continues to act irresponsibly, they will vote with their feet and move on, or move out.  Or worse, Armenia will join the perpetually troubled failed states.

This entry was posted in Annie Demirjian, POLITICS, SOCIETY. Bookmark the permalink.