Thinking Aloud: The 2015 Centennial of the Armenian Genocide

In less than two years, the world will have an opportunity to prove Adolf Hitler wrong.  It was him who, prior to embarking upon a genocidal campaign in Europe, said: “Who, after all, remembers the annihilation of the Armenians?”

Unfortunately, 98 years after the onset of the Armenian Genocide, many countries worldwide still do not recognize the darkest moment of our history. Perhaps more painfully, the Armenian nation is still unprepared. With so little time left until the April 24, 2015 centennial, the nation needs a strategy to ensure the recognition of the Genocide and to address its consequences in the foreseeable future, both necessary pre-conditions for healing between the two nations to begin.

The centennial can bifurcate in two directions: it can be a time of healing or a time of further division. I suspect much will depend on the state of Turkey’s civil and political societies themselves. However, Armenians should not rely on the developments in Turkey to move this agenda forward, as there is simply too much at stake. There needs to be a new course of action to guarantee that the centennial is a time of healing.

To date, the Armenian community is still unprepared to ensure worldwide recognition. I always thought that Armenia’s struggle towards genocide recognition was stifled by its weak stance in the global economy and also by weak coordination between Armenia and the Diaspora. I always wondered, however, if domestic politics too had any role to play here.

There are currently separate centennial committees working in isolation to promote genocide recognition before the 2015 memorial service. These committees include the Pan-Armenian Centennial Committee put together by official Yerevan and the Armenian Genocide Centennial Committee set up in Los Angeles by major Armenian-American organizations on the West Coast. These committees share similar objectives, but they apparently rarely collaborate. It begs a question if there is enough drive on both sides to join forces and create a unified front, a formula that is guaranteed to be most efficient. 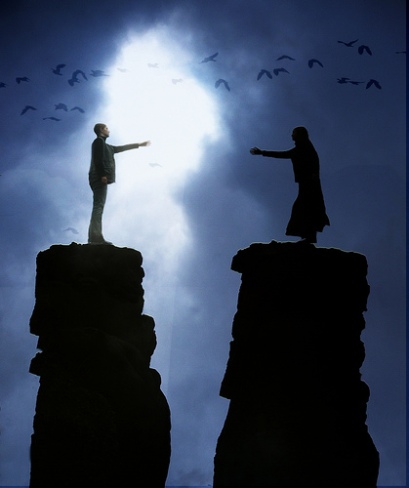 One thing is clear: the only feasible way these efforts can be united is through the central powers in Armenia. But is the Sargsyan administration—which faces a broad-base challenge from its own people ranging from wholesale corruption and election fraud to taking his country to an obvious political and economic dead-end, the Russia-led Custom’s Union—the right one to lead the charge? Given the lack of internal legitimacy and external credibility, the probability of this administration unifying the nation-wide effort is nearly zero.

Token efforts have been made by the Sargsyan administration regarding genocide recognition. The recent announcement by the Prosecutor General of Armenia about “the return of Armenian territories” came out of blue. While a statement from a high-ranking official is somewhat refreshing, very few took a statement from an official who only made his first public statement on the issue weeks before his expected retirement seriously. In any case, one statement is insufficient to bridge the gap between where the nation is and where it needs to be in terms of its message, objectives, and preparedness when it comes to the genocide centennial.

In the meantime, the echo of the ill-conceived Armenian-Turkish Protocols of 2009 are still too strong for the Armenians around the world not to be concerned about what “surprises” the Sargsyan administration has up its sleeves on April 24, 2015. After all, getting Armenia to sign a largely defeatist set of papers with Turkey in exchange for opening up its border with Turkey—an undertaking that in the short run is likely to have devastating consequences for Armenia’s economy—is still the only thinking in town. Not only do we need new ideas going forward, we also need guarantees that the Protocols would never happen again.

New solutions are urgently needed for the issue of addressing the consequences of the Genocide. One approach advocated by Law Professor Catherine Kessejian of University of Paris at a series of lectures organized by Policy Forum Armenia in early 2010 in Washington is to initiate bilateral arbitration with Turkey. Work by Ara Papyan and his colleagues at Modus Vivendi center is encouraging. Finally, there have also been initiatives to discuss reparations and land claims, such as the recently held conference in Beirut on “The Armenian Genocide: From Recognition to Reparation”.

In conclusion, the Armenians and the Diaspora must unite to create a strong political front to promote Genocide recognition and reparation. This unification will be most beneficial during the centennial memorial service, where Armenians can hopefully find closure to an era fueled by anger and bitterness and transform these sentiments into positive action, building a unified and strong Armenia.

This entry was posted in Christina Najarian, SOCIETY. Bookmark the permalink.